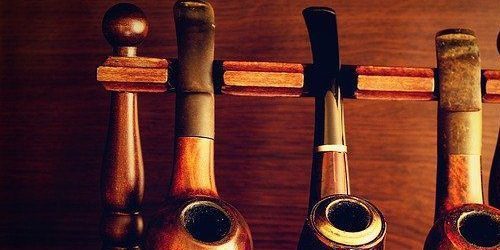 Not sure what pipes to buy or even how to pack and smoke a pipe? It’s not easy if you are a pipe newbie, because pipe smokers are few and far between. After all, when was the last time you saw someone smoking a pipe? Whether it’s for nostalgia or just to try something different, if you’re new to smoking a pipe, then you need some help!

So we have searched the web and found some great information that will help set you right on your new pipe smoking journey. First, we’ll take a look at the differences between smoking pipes and cigarettes, then how to pack your pipe and last, how to smoke your new pipe.

Differences between smoking pipes and cigarettes

Smoking pipes is a lost art, but it’s more like smoking cigars than cigarettes. The big difference is that pipe smokers don’t inhale the smoke, instead they taste it in their mouths. This might be why pipe smokers take their time over smoking their pipe, compared to cigarette smokers, who tend to rush their smoke, as they need to inhale it to get their hit.

How to pack your pipe

If you are going to smoke a pipe you’ll need the tobacco, as well as a pipe tamper (although some people use their finger to tamp down the tobacco), a lighter and pipe cleaner. First, you need to fill the bowl of the pipe with the tobacco, pressing it down gently with the tamper until it reaches halfway up the bowl. Add an extra pinch or two of tobacco and tamp down again until the bowl is two thirds full, then add a few more pinches until the bowl is not quite full to the brim.

Next, make sure that the pipe is ready to be smoked by giving it a few test draws to check that air flows freely through the pipe and it’s not blocked. All you need to do now is light the tobacco in a circular manner while drawing lightly on the pipe. Sometimes the pipe will appear to be lit but will go out very quickly and if this happens, just relight it, draw again and it should be right. Another tip is that if you’re using a match to light your pipes, wait until the sulphur has burnt away before lighting the tobacco as the sulphur will ruin the taste of your smoke.

How to smoke your new pipe

Tobacco used for pipes is usually stronger in taste than tobacco used in cigarettes and because it’s all about the taste (as you don’t inhale the smoke), pipe smokers take little puffs every now and again. However, this can cause the pipe to go out more than a few times during your smoke, which isn’t a problem because you can easily relight it and continue smoking.

Burning sensation on your tongue?

Most people take their time when smoking pipes, but if you’re used to smoking cigarettes, you might smoke it too fast and experience a burning sensation on your tongue. This can also occur through improper packing with the tobacco either being too loosely or too densely packed into the bowl. It’s a common experience, so just slow down your smoking and make sure that you pack the pipe as outlined above. When your smoke has ended, tap out the bowl and pack it away until next time.